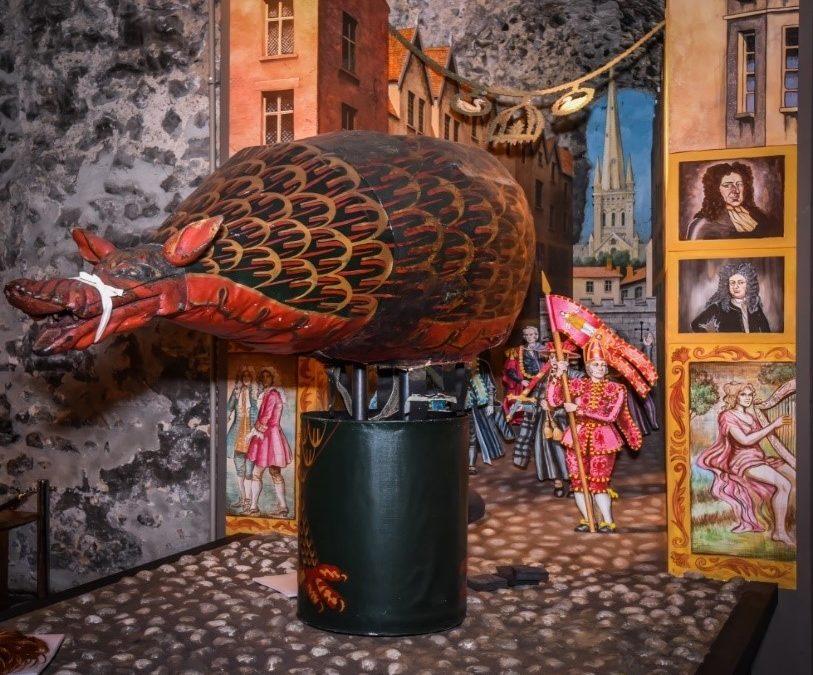 Over the past couple of months, the Conservation and Collections Management teams have been busy decanting collections from the Castle Keep in readiness for the transformation of the space. A particular challenge, was the removal of Snap the Norwich dragon. The Castle Keep has been home to at least one snap in most peoples’ living memories. So the removal of the one remaining snap from the Castle was not only a practical challenge, but also quite an emotional one! This Snap dates from the 19th century and had previously lived displayed at Back’s Wine & Spirit Shop, Haymarket, Norwich in the 1880’s, before being acquired by Norwich Castle. It is typically constructed from painted textile stretched over a wooden and basketwork frame and designed internally so that the weight rested and balanced on the shoulders of the person carrying and operating it. The basketwork structure meant that an object relatively large in appearance could still be made as lightweight as possible to facilitate it being carried for several hours in the mayoral processions. Detailed condition assessments and planning on the method and resources to move such a large and potentially fragile object had been conducted well in advance. 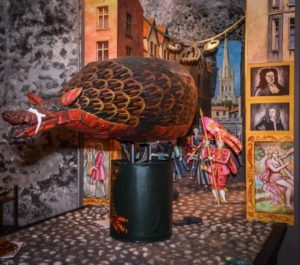 Having successfully moved two other snapdragons from the Castle Keep in 1999 for a previous redevelopment project, a similar method was used again, building a supporting frame using handy angle metal lengths bolted together. The tail, wings and skirt were removed to make handling the snap easier, and the mouth was tied shut to stop it from moving or biting anyone! The box frame, constructed out of slotted, angled steel, enabled Snap to be supported and transported safely to a new home. 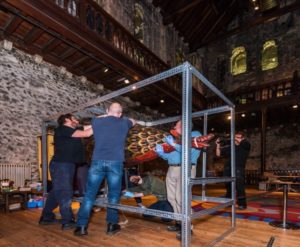 The snap in its transport frame was then taken to the Norfolk Collections Centre, based at Gressenhall, to be re united with the two other snapdragons in our collections. 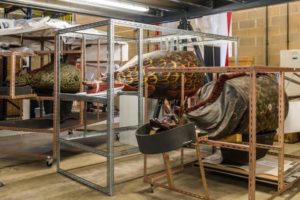 The family of three snapdragons reunited