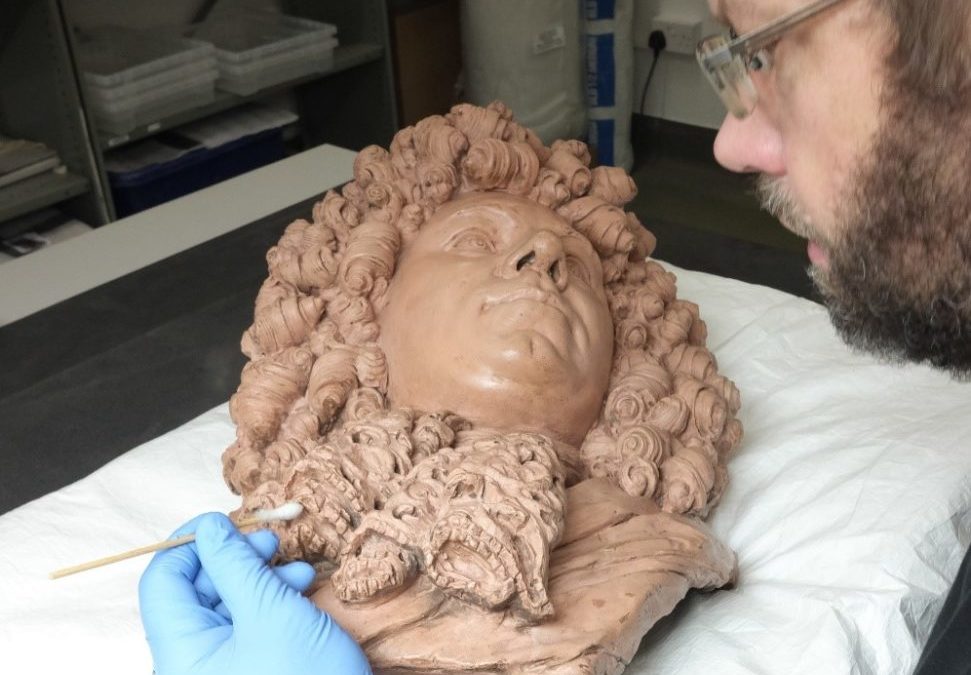 The terracotta bust of Admiral Sir Cloudesley Shovell, made by John Bushnell, is to go on loan from Strangers’ Hall Museum to Tate Britain for their exhibition ‘The Baroque Age in Britain’ early next year.

Cloudesley Shovell (1650-1707) had a distinguished naval career, and was born near Cley next the Sea, Norfolk. He began his life at sea as a cabin boy in his early teens and rose steadily through the naval ranks. By the time he was in his early forties he was an admiral and had also been knighted.

From 1702, Britain was involved in the War of the Spanish Succession, Shovell was in command of the naval element of the expedition that took Barcelona in 1705. Two years later he commanded the British ships in an attempt to capture Toulon, which failed.

On return to England, Shovell’s ships were caught in severe westerly winds that drove them towards the rocks and reefs of the Scilly Isles, where the flagship, the Association, struck rocks and sank with the loss of all hands, including Sir Cloudesley. He was buried in Westminster Abbey. 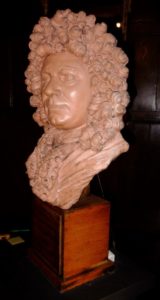 The terracotta bust is normally on display in the Walnut Room, Strangers’ Hall Museum. It has been packed and transported to the Conservation lab for some careful and intricate cleaning and condition assessment before travelling for loan. Some patience is required to clean an object like this. There are lots of crevices for dust and dirt to accumulate in between all those curly locks. At 18kg, most of the weight must be in that magnificent head of hair! 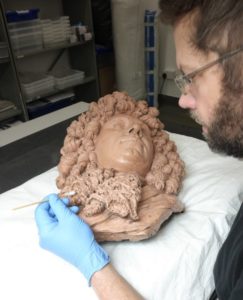