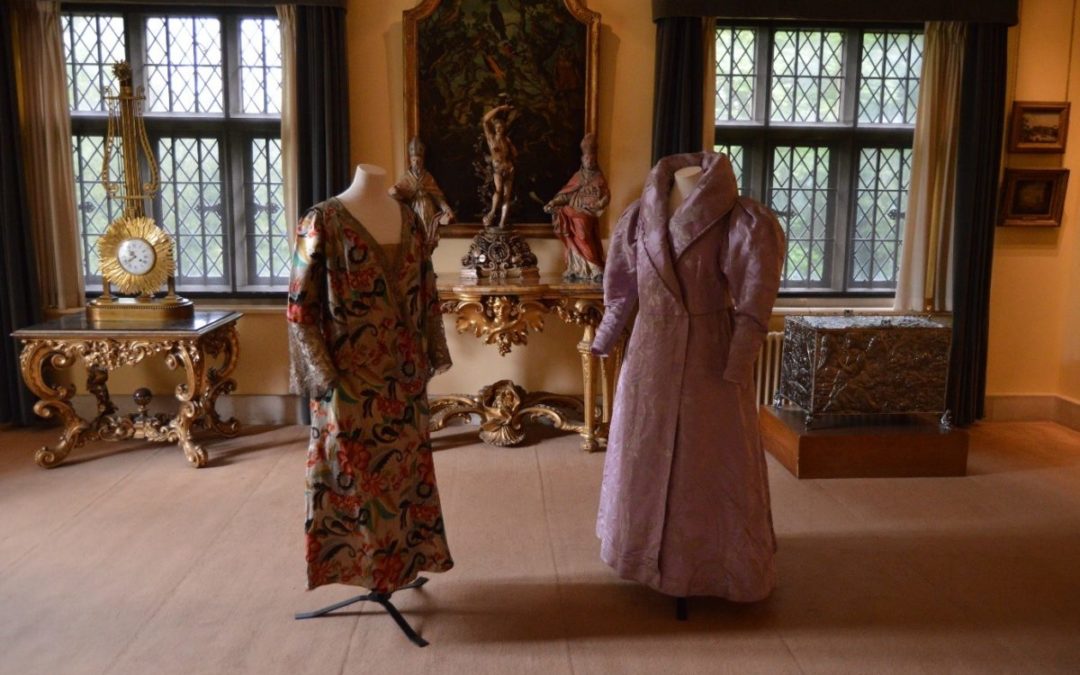 In May, the Conservation Department fulfilled a loan to Anglesey Abbey, a National Trust property in Cambridgeshire, historic home of Lord Fairhaven.

Lady Fairhaven, Cara Leland Broughton, was a fashionable woman and after her death, several Louis Vuitton packing cases were discovered that held her wardrobe and accessories. These were divided between the V&A Museum and Norfolk Museums Service. The breadth of this collection allows an in depth look at the fashionable clothing of a wealthy woman in the late 19th and early 20th centuries.

Agreements to lend collections to other organisations are always a group consideration and this was no different. Curator, Registrar and Conservator come together to assess often long wish lists for suitability before a final selection is made.

Once the list has been decided, correspondence between the Registrar, the borrower and the conservator confirm details such as display parameters, insurance figures, transport requirements and installation dates.

Prior to the objects leaving the collection for installation, Conservation will produce Condition Report Forms which record the exact condition of all the objects with written notes and annotated images.

The chosen objects for this loan were transported to Anglesey Abbey by Constantine, a company specialising in the logistics of transporting art. Deborah Phipps, Textile Conservator, worked alongside the House and Collections Manager to inspect the objects on arrival, condition report forms were checked and signed, then the mannequins were dressed and moved into their final position.

Once the objects were installed, labels and barriers in place and light levels checked, the Conservator is free to look around the rest of the exhibition.

Having only been installed in mid-May, dates are already being discussed and transport booked for the return trip in September to return the objects to our stores. But in the interim, more of our wonderful collections get to be viewed and enjoyed by visitors beyond our own doors. 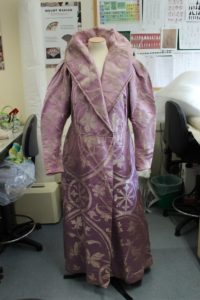 The costume being prepared in the Conservation Lab. 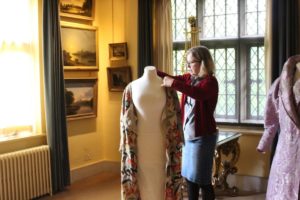 The textile conservator working on site at Anglesey Abbey. 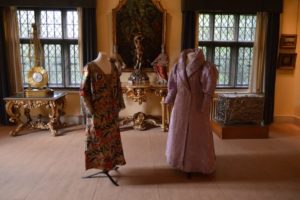 The costume in final position on display.